Briare-le-Canal, France – A Stopover with a Difference

Briare-le-Canal, France – A Stopover with a Difference 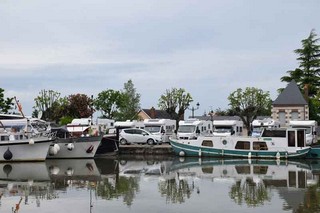 Pulling up at an aire or campsite after a hard drive is sometimes enough, we just want to get our heads down and have a good night’s kip, especially if it is a familiar well-travelled route to the Costas. On other occasions however, it’s good to linger, maybe spend a couple of days just chilling. Alternatively, your plan maybe to meander through France and seek out some of the interesting places that the country has to offer. 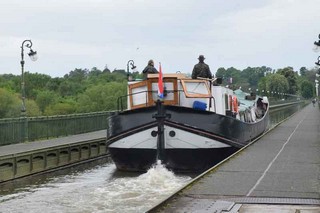 Situated 440 km from Calais and a similar distance from Cherbourg in the Loiret department of north-central France lies the small town of Briare. Nestled along the banks of the Loire River the town is a mecca for boaters as the region boasts an intricate web of inland waterways. What makes Briare especially interesting is the unique 19th century steel aqueduct that carries the Canal Latéral à la Loire, across the Loire River. The construction involved many engineers and designers. However, as you can see, it does have the stamp of Gustave Eiffel. In addition, the delightful little ornamental bridges that arch over the connecting waterways make a superb frame for those holiday snaps. 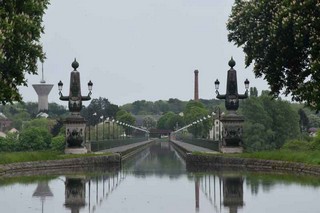 From the motorhomer’s perspective there are three aires and a campsite, which are all listed on the Club Motorhome website and these come highly recommended. This region is a haven for flora and fauna and in springtime the scent from the wildflowers on the banks of the river and canals fills the nostrils with a delightful aroma. As you would expect, family cycling is a dream, as there are plenty of flat ‘off road’ opportunities along the canal tow paths. 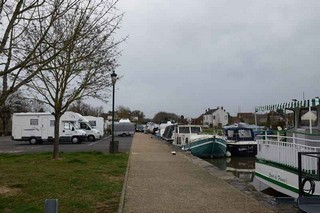 Stop for a break and watch the boats navigate the locks, take a morning coffee at an adjacent auberge. Why not pack Le Pic-nic with a fine crusty baguette, some regional cheese, Olivet Cendré or Pate de Rillettes and a bottle of chilled Sancerre, all laid out on a Gingham tablecloth!! As well as some notable architecture, Briare holds a 4 star rating as a Ville Fleurie and with a weekly Friday morning market as well as antique stalls you can soak up all that French nostalgia! 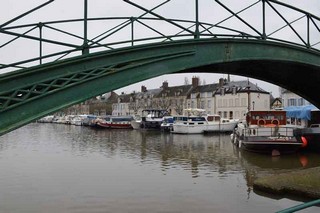 From Port de Plaisance you can take a mini cruise with lunch on a traditional barge or alternatively hire a self-drive day boat.

So, there you are, Briare a stopover, with an excuse to linger, if you need one that is!